This article was co-authored with Rodrigo Camargo.

We were recently at the Swiftable conference to hear from experts from around the world on the latest developments in iOS and Swift. The event was well organized, and we enjoyed seeing the “Swiftable museum”, which was a museum with almost all previous Mac products until the last MacBook Pro. Some of the computers were signed by none other than Steve Wozniak. 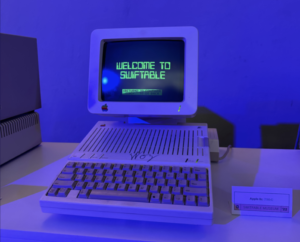 In this article we want to share some of our impressions from the event, and our perspective around the recent developments in Swift and what they mean for businesses as they develop mobile applications.

One of the first talks was presented by Martin Barreto who spoke about creating container views using SwiftUI. This is actually something that really drew our attention. While SwiftUI has built-in container views, as a developer, having the ability to create and customize them so easily, means having flexibility when implementing designs.

There were a lot of talks about SwiftUI, which helps you to see that this relatively new framework is gaining a lot of usage in the iOS development world. This is not surprising since the framework has reached a point of maturity where many companies are using it as a base method for creating views.

A standout talk was one by the folks at Bumble, who spoke about the technical challenge of transitioning from a purely UIKit app to SwiftUI. They have a philosophy of trying to use the latest frameworks whenever possible, and given SwiftUI’s current maturity it seemed like the logical path. Lately there has been a lot of emphasis on the use of this technology in conjunction with Combine, which is the native solution for using reactive programming developed by Apple.

The ease with which it can be implemented in combination with SwiftUI practically forces you to avoid using other classic frameworks typically used for this type of programming, like RxSwift. 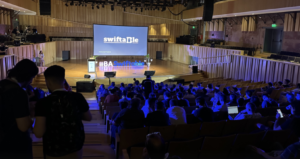 Here at Moove It, we’ve been working with Swift since it was in beta. When working with some of our clients who  transition to SwiftUI, we’ve found it to be really good in cases that are purely SwiftUI instead of having to coexist with UIKit. Also, the sweet spot seems to be supporting iOS 14.0 and up (or at least 13.1) since it is a stable version that incorporates useful features like @StateObject.

The event ended with us meeting up for some drinks with other attendees. It was great to hear their perspective, particularly about the differences between applications in different countries. For example, talking with Brazilians working with MercadoLibre, one of the largest e-commerce platforms in Latin America, it was interesting to see how they are using Swift at a very significant scale.

If you’re interested in finding out more about the work we’re doing with SwiftUI and iOS in our Mobile Studio, then check out our studio site: https://moove-it.com/studios/mobile-studio 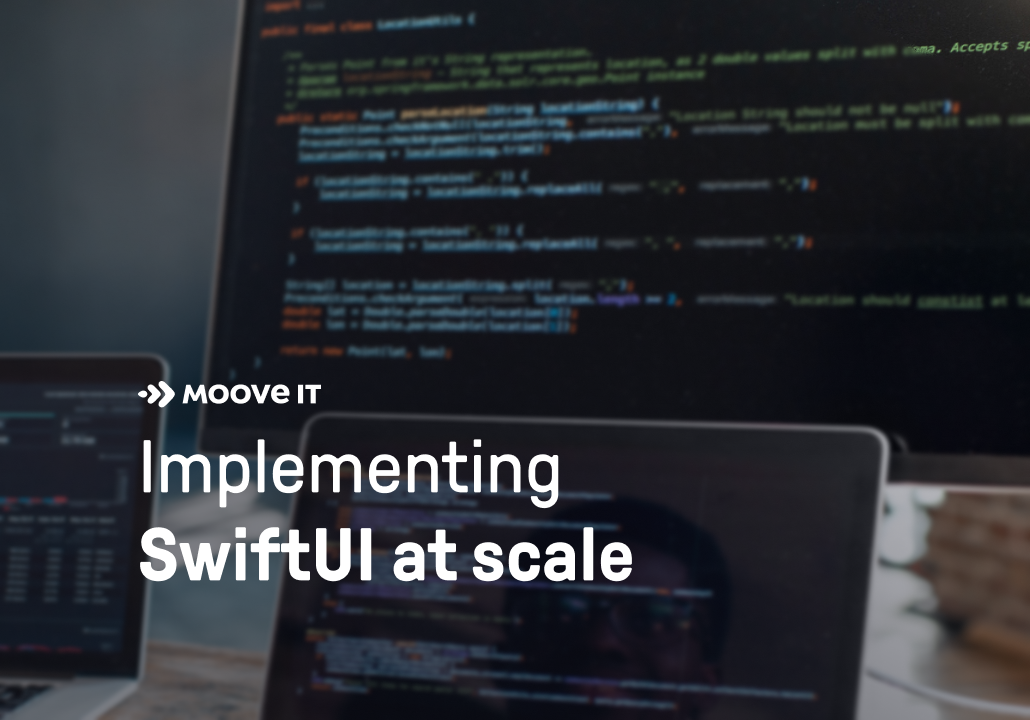