We live in an information era. Never have we had as many available resources as we do now: libraries, universities, databases, apps, informatic systems, and technology, to name a few. Nowadays, information multiplies at an incomprehensible rate. According to a recent study by IBM, the world creates 2.5 quintillion bytes of data every day; the equivalent of recording 50 million CDs every 24 hours!

Government departments and agencies, scientists, and entrepreneurs have released extensive amounts of data via information repositories, such as Wikileaks, patents, like Tesla’s, and architectural plans, such as the Elemental in Chile. At the same time, researchers continue to develop methodologies to collect new information nearly free-of-charge, while technology generates it automatically. These factors contribute to database growth rates that are inconceivable and unpredictable.

The problem is that the data is not always usable because it is often difficult to understand, digest, or consume. And thus, the data can seem like both a blessing and a curse.

Health is an especially sensitive area for data storage and sharing. While innumerable service providers, laboratories, pharmacies, hospitals and researchers generate information constantly, unfortunately, everyone shares information in their own way. The data variations prohibit the users from combing their data in order to recognize trends or simply understand the information.

Having realized the problem, karmadata, a healthcare data company, set out to tackle the challenge. karmadata’s purpose is very simple: to standardize, connect and transform the world’s health information. In a nutshell, karmadata is transforming unreadable data into usable information. For this, karmadata has developed a platform that – through APIs, Machine Learning and Artificial Intelligence processes – produces and delivers billions of standardized healthcare related datasets per year.

karmadata’s platform allows developers to use their aggregated data to create their own systems or applications in a simple, intuitive, and agile way.

Organizations in the US – and soon, worldwide – can build their Healthcare systems on top of karmadata easily, by consuming the API directly or by using the component library, which allows developers to build interfaces faster and display valuable information in just hours. 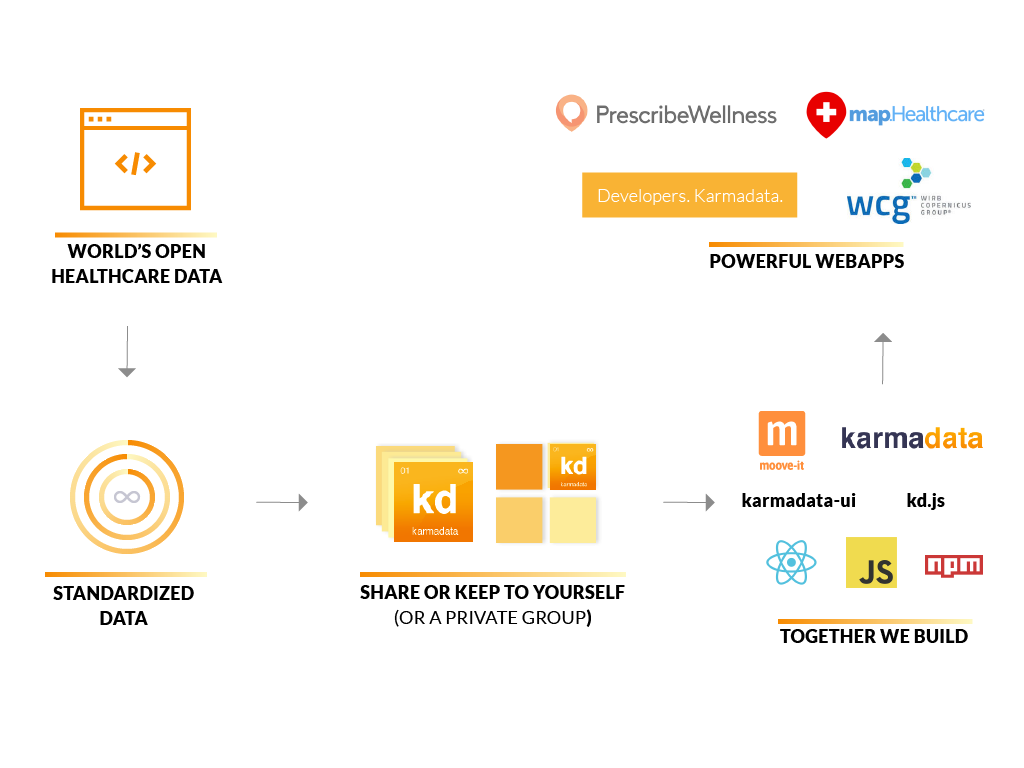 An infinite ecosystem. A powerful example

As karmadata’s software development partner, Moove-it is responsible of assisting and helping karmadata on its technological challenges.

With the innovation begun, the possibilities are infinite!