RubyConf in San Antonio was a perfect ending to 2015. The conference was well organized and, in general, the talks were educative, inspiring and provided some very helpful insights.

There was a good balance between motivational and technical talks. The opportunities provided to network with peers worked really well, not to mention the spirit of openness fostered by the organizers, that allowed whoever wanted to, to chat with celebrities like Aaron Patterson and even Yukihiro Matsumoto. Finally, the location was excellent — next to the beautiful San Antonio River Walk — the service and food were both excellent, and there was time for fun, after hours. 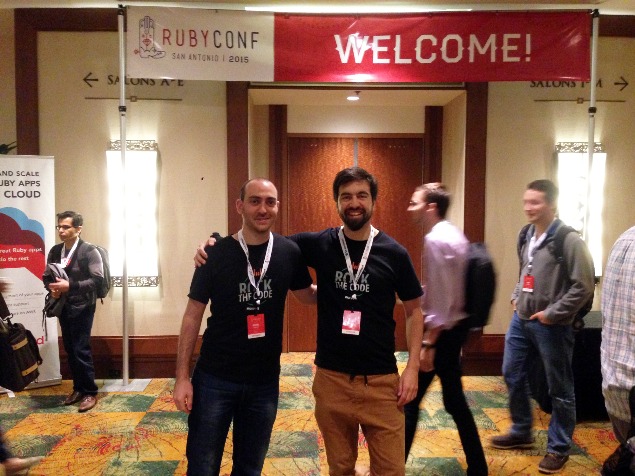 The conference was organized in three tracks. Me and my colleague, Michel, soon realized that our technical areas of interest differ somewhat so, for the most part, we attended different presentations. After each talk, we would regroup and discuss what we had learned. We found common ground over three talks we both attended:

1. How to Crash an Airplane by Nickolas Means.

Nickolas narrates the minute by minute story of what happened inside aircraft UA-232 before it crash-landed. Against all expectations, most of the people on board survived the crash. This achievement, Nickolas explains, has been attributed to the way in which the flight crew as a team handled the emergency and landed the airplane without using conventional controls. This experience can be taken as a lesson about how software teams should be managed, in order to make smart decisions based on shared knowledge.

2. Hacking Spacetime for a Successful Career by Brandon Hays.

IMHO, Brandon Hays’ talk should be turned into an academic paper and published in a journal of social psychology. Brandon proposes a framework — in the form of an arcade game — that analyzes people’s character (“how we are wired”) and then fast-forwards time to see what happens with their careers. The outcome resulting from playing with the framework is a personal platform that helps you localize yourself in your career and evaluate whether you are on the right track, or not.

Matz starts his speech with an intriguing — and maybe a little disturbing, if taken seriously — “I’m the creator of this Universe”, to perhaps suggest that he is in control of Ruby and its future. Then, he focuses on the, mostly non-technical, challenges of releasing a new version of a programming language and getting it adopted by the community. Javascript ES 4, Perl 6 (still in development), PHP 6 and Python 3 all failed to substitute their predecessors. Ruby 3, which is currently being designed, could be doomed if it can’t persuade programmers that it’s really worth the effort to migrate to the new version.

There’s a lot of useful and interesting material that can be taken from this RubyConf. If you weren’t able to make it, all the talks can be found at http://confreaks.tv/events/rubyconf2015. 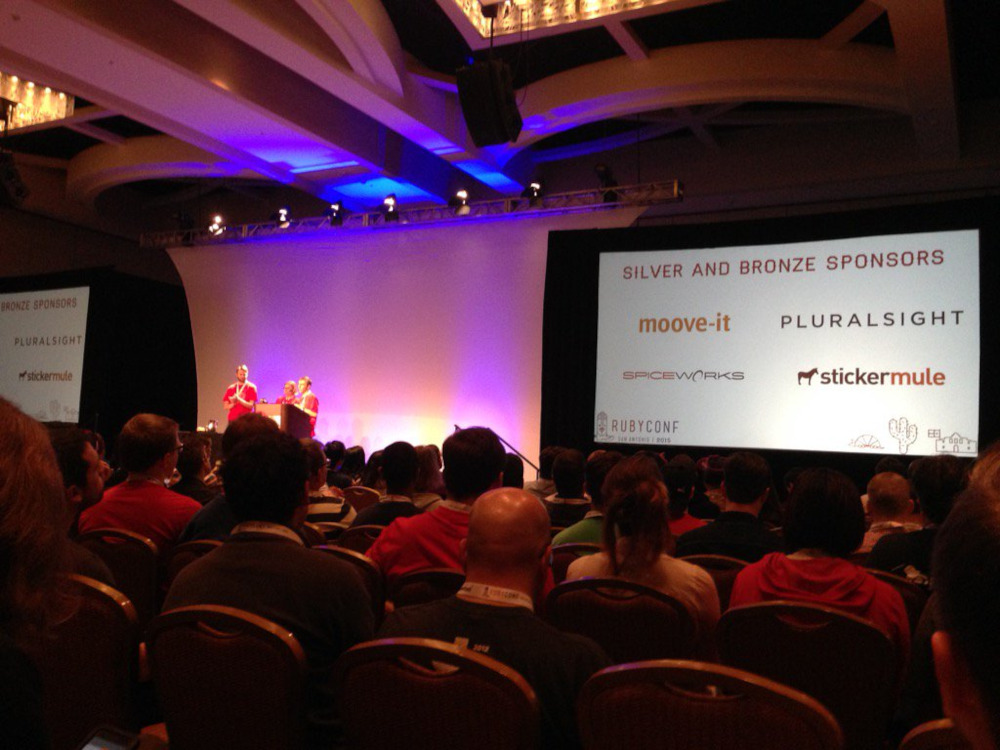 We used the breaks between talks to validate ShakeJake, a wearable device created by Moove-it that detects handshakes and is aimed at making networking easy. While we are still processing the results, one of the things we learned is that ShakeJake gets people’s attention and that, with a few, minor improvements, it may even change the way people exchange contact information during events. 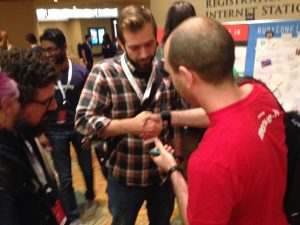 In conclusion, the 15th Annual RubyConf in San Antonio, with its nearly 800 attendees, proved that the Ruby Community is in a very good shape. I perceived an enthusiastic, energetic and optimistic atmosphere, and a general commitment to keep growing and doing the right things. We are very proud to participate actively in the Ruby Community, to keep contributing and to see how it continues to grow.